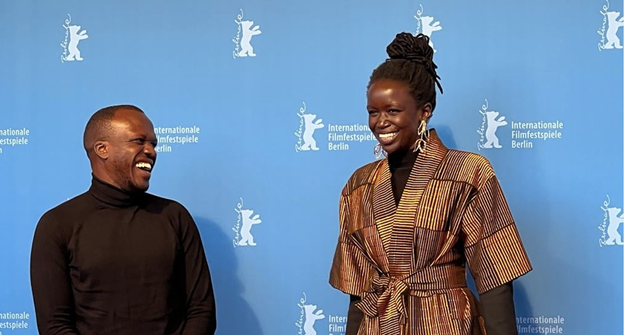 The Whickers international documentary fund is targeted at emerging documentary makers. It is now extending its a highly successful bursary award, previously limited to India and East Asia, for the development of new projects at the Durban FilmMart. The first scheme, aimed at helping those in regions of the world where access to film development […]

The Durban FilmMart Institute has extended the submission date for the Pitch and Finance Forum (DFM Official Projects). All last-minute applicants are encouraged to submit their film projects in development before the extended submission deadline on Friday, 25 February 2022. The Pitch and Finance Forum is open to fiction and documentary projects, both feature length […]

The Durban FilmMart Institute has opened its call for project submissions for the 2022 Durban FilmMart (DFM). The 13th DFM is scheduled to take place between 22-26 July 2022.Currently entering its 13th year the annual Durban FilmMart is a pan-African finance and co-production market. Designed to create partnerships and further the development and production of […]

Durban FilmMart Institute is pleased to announce its inaugural DFMI Alumni Business Lab and the producers participating in the programme. The 12-week business skills development programme is aimed at nurturing and empowering mid-career producers with the necessary skills to run efficient businesses and effectively engage in a global market. “The film and audio-visual industry in […]

Durban FilmMart Institute in partnership with DW Akademie, supported by the Federal Ministry for Economic Cooperation and Developments, the Durban FilmMart Institute presents a 12-week business skills development programme aimed at nurturing and empowering producers with the necessary skills to effectively engage in a global market. Programme Overview The programme will include online sessions and […]

Location, location: Putting South Africa on the map as a film destination while boosting the economy The global pandemic has cost the South Africa film industry billions. But as restrictions ease, the industry is bouncing back – and bringing with it the promise of economic opportunity and job creation. The film industry was forced to […]

Durban, South Africa:The Durban FilmMart Institute has announced that the 12th Durban FilmMart (DFM) which will take place virtually from 16 to 25 July 2021, with its call for submissions of film projects in development closing on 21 February. “Given that there is no absolute clarity on what the global situation will be with the […]

After 10 days of virtual panel discussions, workshops, presentations, pitches and meetings the 12th Durban FilmMart culminated with the announcement of the 2021 Official Awards for Projects on Sunday, 22 August. This year, Africa’s premier film event, the DFM hosted 1221 delegates from 73 countries around the world. The event was streamed live from a […]

The KwaZulu-Natal Film Commission an entity of the KZN Department of Economic Development, Tourism and Environmental Affairs is excited to announce that members of its Management team will present at the 12th edition of the Durban FilmMart (DFM) scheduled to take place from August 13-22 virtually. This year’s DFM will take place under the theme, […]