The Durban FilmMart (DFM) is proud to announce that five films selected to be screened at this year’s Durban International Film Festival (DIFF) participated as official projects at the (DFM) – Africa’s premier Film Finance and Co-Production market.

“It is very heartening to witness more and more film projects that have participated in Durban FilmMart processes being showcased at festivals and cinema circuits across the world, thus fulfilling the central purpose of DFM, to facilitate getting films made, African films in particular,” says Magdalene Reddy, acting General Manager of the Durban FilmMart Institute. “Congratulations to the five DFM alumni projects selected for the 42nd Durban International Film Festival.” 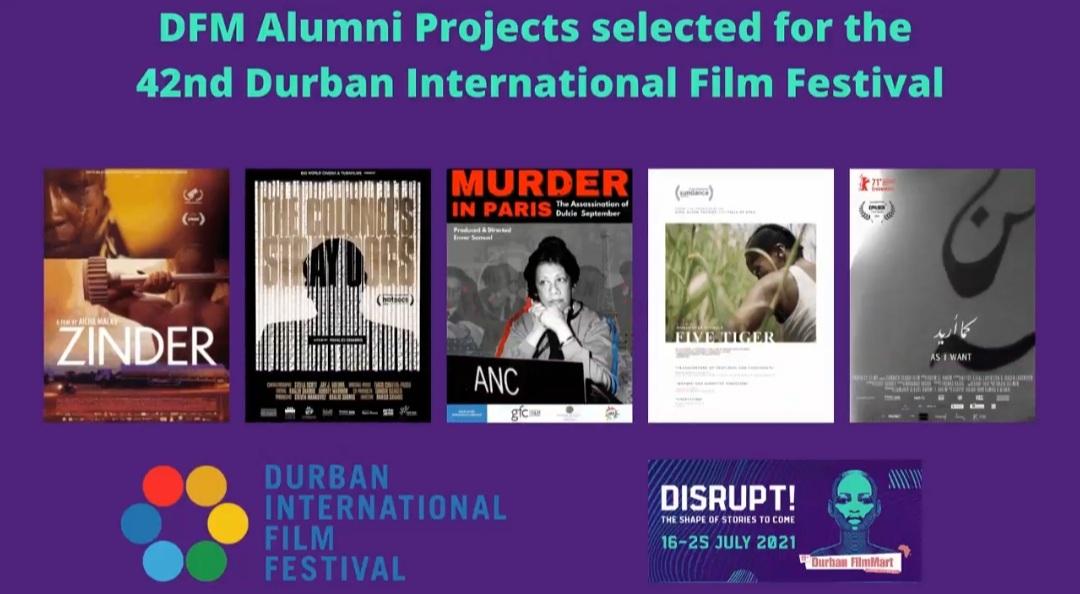 The films include four new documentaries. Murder in Paris, a political crime-thriller, directed by Enver Samuels, traces the motives for the assassination of anti-Apartheid activist Dulcie September. In As I Want, directed by emerging voice in Arabic documentary film making Samaher Alqadi, picks up her camera as a form of protection and begins documenting the growing women’s rebellion, not knowing where the story will lead her. The Colonel’s Stray Dogs, profiles political activist Ashur Shamis, who lives with a million-dollar bounty on his head after a lifetime in Muammar Gadaffi’s crosshairs. The film is directed by Ashur’s son, Khalid Shamis. Zinder, directed by Aicha Macky, is a town in the impoverished lepers area of Kara-Kara, Niger, where a culture of gang violence now reigns.

The fifth film, Five Tiger, a short film from South Africa directed by Nomawonga Khumalo features a god-fearing woman finds herself in a transactional relationship as she tries to support her sick husband and daughter.

“At the heart of the Durban International Film Festival is a mission to enable partnerships to strengthen the film industry and create opportunities for African and newer voices. Therefore, the festival is delighted to host some of the alumni DFM projects as it shows that the industry chain functions as intended,” says Chipo Zhou, Festival Manager and curator of DIFF 2021. “The DIFF has always been primarily a place for fresh voices to be discovered. We are pleased that initiatives have come full circle from the DFM to the film festival. We enjoy our collaboration with DFM and look forward to reaping the benefits of the current projects in the future.”

Register for the Durban FilmMart here: https://www.durbanfilmmart.co.za/Delegate-Registration.aspx​
DIFF is accessible virtually and free of charge, the entire programme for DIFF2021 can be found on www.durbanfilmfest.com​