Initiated by the Berlin International Film Festival and Berlinale Talents, Talents Durban is an important partner programme of the Durban FilmMart Institute. This training and development platform offers the selected Talent participants a 6-week mentorship and an opportunity to present their film projects to an international market.

“Now celebrating 14 years in Africa, the 2021 edition of Talents Durban will introduce Francophone projects from the African diaspora as it continues to inspire a sense of community on the continent by representing many languages and cultures.”

After a rigorous adjudication process, 28 film projects and 6 film critics from 15 countries across the continent made the final cut with 6 fiction features, 4 episodics (TV/Web series), 5 animations, 6 documentaries, 7 fiction short films, and 6 film critics being selected. 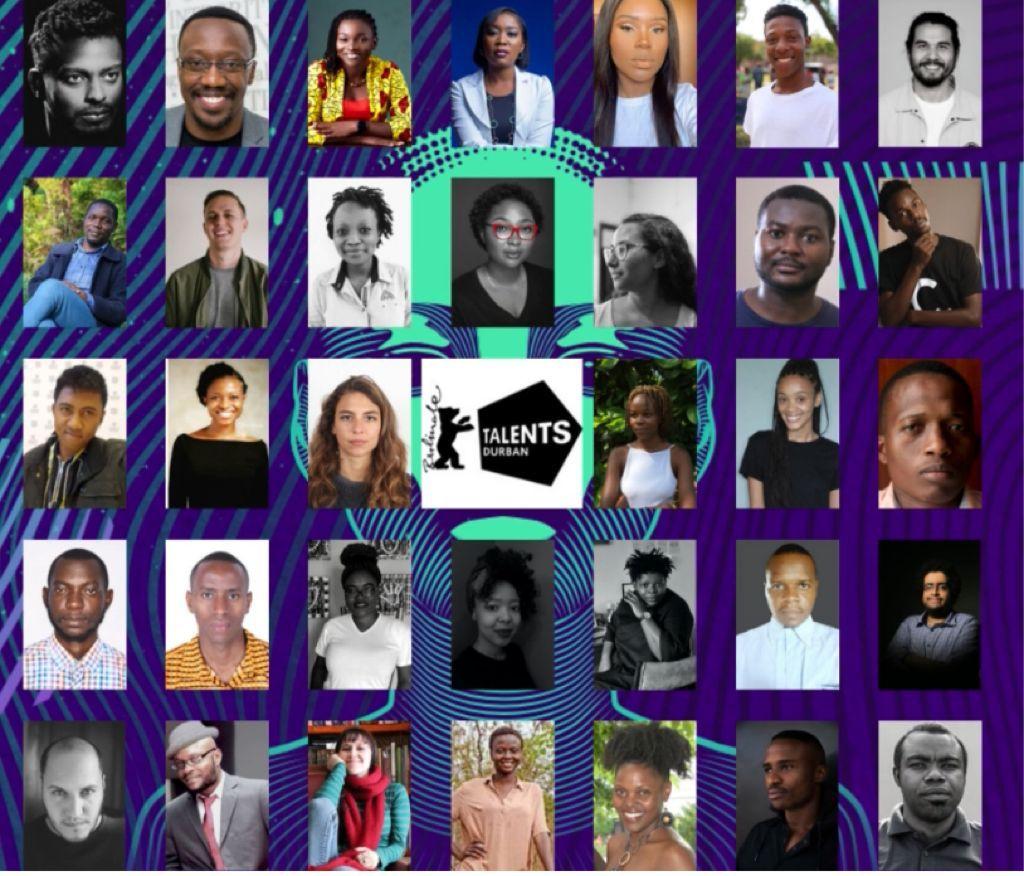 “To support emerging talents and initiate sustainable creative collaboration and exchange across countries and between cultures has never been as important as in these times. Built up on the fundaments of a longstanding partnership, we cannot imagine a better home for the Talents Durban programme and its strong community of participants and alumni than the DFM,“ say Christine Tröstrum and Florian Weghorn, managers of Berlinale Talents at the Berlin International Film Festival.

Organised under the DFM theme of ‘Disrupt! The Shape of Stories to Come’, the 2021 Talents Durban will present a series of webinars titled Talent Filmmaker Talks which will be open to all DFM delegates. The programme will feature amongst others, Philippe Lacôte a Côte d’Ivoire film director whose latest film ‘Night of the Kings’ was awarded the Amplify Voices Award at the 2020 Toronto International Film Festival, South African producer Bonie Sithebe who co-owns Durban Motion Pictures a film, video and television company, and Nigerian filmmaker Kenneth Gyang whose film ‘Confusion Na Wa’ was a DFM project in 2010 that went on to accumulate a number of awards around the world, including Best Film at the 2013 African Movie Awards. A focus on film criticism will feature panelists Wanjeri Gakuru (Kenya), Charl Blignaut (South Africa) and Wilfred Okiche (Nigeria) and Lamia Chraibi (Tunisia).

With principal funding from the Durban Film Office and Ethekwini Municipality, the Durban FilmMart 2021 will present a comprehensive online programme of discussions, masterclasses and hangouts in addition to the Pitch and Finance Forum, thereby contributing to the growth of film industries across Africa.

Talents Durban was founded in partnership with the Berlin International Film Festival and the Berlinale Talents initiative. The Berlinale partnership came into effect in 2019, as part of six international offshoots formed by the Berlin International Film Festival in close collaboration with regional festivals and institutes. The project takes place on an annual basis in Africa and around the world including Talents Beirut in Lebanon, Talents Buenos Aires in Argentina, Talents Sarajevo in Bosnia-Herzegovina, Talents Tokyo in Japan, Talents Guadalajara in Mexico and Talent Press Rio in Brazil.
For information about Berlinale Talents please visit www.berlinale-talents.de, more backgrounds about our Talents can be found at www.berlinale-talents.de/bt/go?id=FIFYFH.